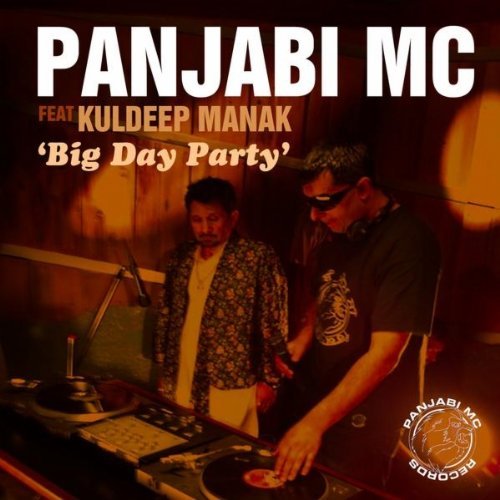 PMC was hugely influenced by Kuldip Manak from an early age, listening to old vinyls of his parent's record collection. As his love for music grew so did his desire to become a music producer.

​In 1995 he produced an album titled '100% Proof' where he infused desi vocals such as 'Ghariya Milan Deh' by Kuldip Manak with western beats. The album was a big success and a following emerged.
Not content with using old vinyls to get the vocals from, PMC asked the question... "what's Kuldip Manak doing now..I want to record fresh songs with him". So in the summer of 1995 he set off on a mission to find him and tracked him down in Ludiana, Punjab and set up a meeting with him. PMC has always referred to Kuldip Manak as the James Brown of Desi music and the result of this was his smash hit album titled 'Grass Roots' which took PMC to another level. In 1997, PMC was presented with a platinum disc by Kuldip Manak in London in recognition of the sales and success of the album.

Jodi 'BIG DAY PARTY' taken from the New up and coming Panjabi MC Album 'The RAJ' is slated to weave the same magic this time!
The video features these two legends of Punjab together for the first time ever!